Get fresh music recommendations delivered to your inbox every Friday.
We've updated our Terms of Use. You can review the changes here.

The Hoover Uprights: Known for Their Reputation

by The Hoover Uprights 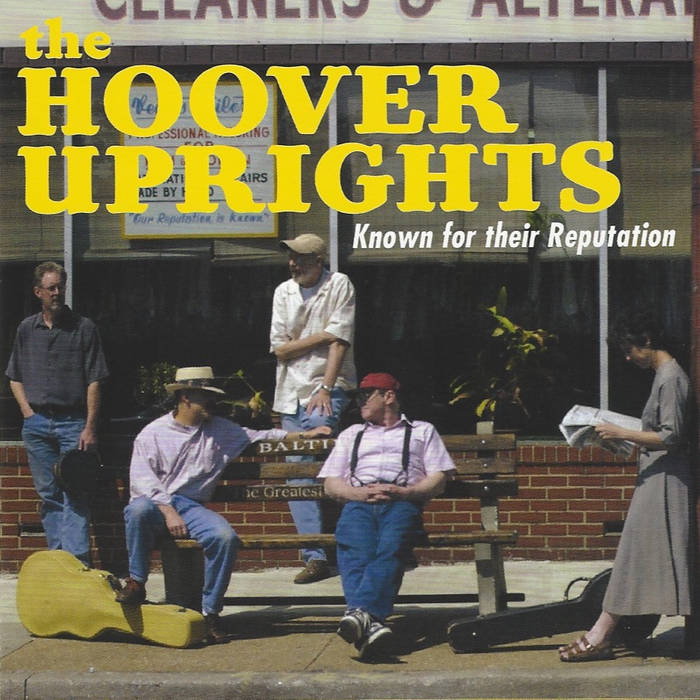 The Hoover Uprights resulted from a casual afternoon of music organized by John Schwab in January of 1993. Responding to his old friend Bill Schmidt's complaint that he hadn't been playing much since leaving the Double Decker Stringband (which he later rejoined), John suggested a session with Kate Brett and Kevin Enoch, two fairly recent arrivals to the Washington, DC area. The four got together at Kate and Kevin's house in Greenbelt, MD and hit it off immediately, both musically and personally. The six inches of snow that fell that afternoon was hardly noticed as they discovered their common bond in the music.

Several years later, Kevin introduced harmonica player Dave Rice, a friend from Ohio, to the band. After a few sessions with the Hoovers at the Appalachian String Band Music Festival in Clifftop, WV, Dave already felt like a member of the band. he was invited to join and plays with them whenever possible.

The band's name, which came to Kevin while cleaning house, had no special significance or meaning – mostly it was the only suggested name that nobody hated. Subsequently, the Hoover Company found out about this and, rather than taking them to court, printed a story about the band in an issue of "The Hoover News." Go figger.

A typical Hoover "practice" is more like a social event, with as much laughter, conversation , and general fooling around as there is in music-making. The Hoovers play dances and concerts, and in both 2001 and 2003 they won 1st Prize in the traditional band contest at Clifftop.

Bandcamp Daily  your guide to the world of Bandcamp